Here are a few new books from Macmillan Children’s that caught my eye: 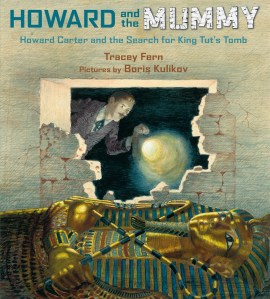 Howard Carter was obsessed with mummies. He met his first when he was a boy in England and lived near a mansion filled with Egyptian artifacts. Howard dreamed of discovering a mummy himself–especially a royal mummy in its tomb, complete with all its treasures. When he was seventeen, he took a job with the Egypt Exploration Fund and was sent to Egypt to learn about archaeology and excavation sites. And his mummy hunt was on! Howard discovered many amazing artifacts, but he searched for years before coming upon the most famous mummy of all, King Tut. 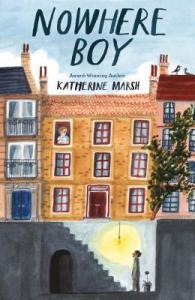 A timely, poignant tale of family, sacrifice and the friendship between a young Syrian refugee and an American boy living in Brussels.

Fourteen-year-old Ahmed is stuck in a city that wants nothing to do with him. Newly arrived in Brussels, Belgium, Ahmed fled a life of uncertainty and suffering in Syria, only to lose his father on the perilous journey to the shores of Europe. Now Ahmed’s struggling to get by on his own, but with no one left to trust and nowhere to go, he’s starting to lose hope.

Then he meets Max, a thirteen-year-old American boy. Lonely and homesick, Max is being bothered by a bully at school, he doesn’t speak a word of French, and just can’t seem to do anything right. But with one startling discovery, Max and Ahmed’s lives collide, banding the boys together to help Ahmed survive.

As their friendship grows, Ahmed and Max defy the odds, learning from each other what it means to be brave, and how hope can change your destiny. 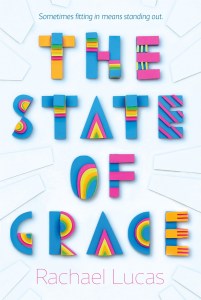 Sometimes I feel like everyone else was handed a copy of the rules for life and mine got lost.

Grace has Asperger’s and her own way of looking at the world. She’s got a horse and a best friend who understand her, and that’s pretty much all she needs. But when Grace kisses Gabe and things start to change at home, the world doesn’t make much sense to her any more.

Suddenly everything threatens to fall apart, and it’s up to Grace to fix it on her own.