It’s time again–actually, this is past due–for From the Family Bookshelf–the weekly (so far, so good) column talking about the books we’re reading, have read or want to read. There’s Mom (me), Dad (slowest reader in the world), the Lil Diva (reluctant reader extraordinaire), and the Lil Princess (bookworm in training).

I’ll let Dad go first this time, but that’s because I’m going to pick on him. Yes, he is still reading the thriller, Prayers for the Assassin , by Robert Ferrigno. Can you imagine how big my TBR pile would be if I read as slow as he does?

As for me, I’ve lucked out and hit a really good patch in the reading cycle.  Not many books that I haven’t thoroughly enjoyed. Since last time, I’ve read:

The Way I See It: A Look Back at My Life on Little House a memoir by Melissa Anderson. Anderson played the character of Mary Ingalls on the classic 70’s family show, Little House on the Prairie.

The Elf of Luxembourg: An Alex and Jackie Adventure by Tom Weston (YA fantasy)

Faith & Finances: A Journey to Financial Dependence by various authors

Some of these reviews have been posted here: Jack’s Dreams Come to Life, The Raindrop, Mr. Vinegar and the Frozen Sea, and The Soggy Town of Hilltop.  Tom Weston’s book will be reviewed here on Friday. My review of Melissa Anderson’s book appears at Laura’s Little Houses, my Laura Ingalls Wilder  blog. The other books will be reviewed at The Book Connection.

I just started reading the novel Conflicts with Interest by Michael Ruddy. I’m also reading The Three Dimensions of Character by Larry Brooks.

Wow! I take a up a lot of space. Now onto the girls.

The Lil Diva is still in Justin Bieber heaven, but she is managing to get some other reading done. She just finished Junie B. Jones Loves Handsome Warren (RH Books for Young Readers) by Barbara Park. There are few books I can get her to read without an argument. Junie B. Jones books fall in that category.

The Lil Princess has read a few books this week. Now that she’s beginning to recognize more words she wants to read to me at night instead of the other way around. Two books I remember from this week are The Silly Scarecrow by Danielle Denega. This is a Clifford Puppy Days book from Scholastic geared toward kids in K – 2.

Her other popular book of the week is What Do Smurfs Do All Day? by Peyo. This book is part of the Dr. Seuss Beginning Readers Collection.  I’m sure it belonged to my son, who watched Smurfs, as did my sister and I when we were younger. My sister had the Smurf village toys that were popular when the cartoon first came out.  The Cartoon Network was airing reruns of Smurfs for a while and my girls really liked the show.  A great show, like a great book, never goes out of style.

Until next time, keep reading!

“I am just a raindrop; I am smaller than small. What am I doing here? I have no use at all…”

And so begins the story of the Raindrop, who questions his own worth as a smaller than small thing. As the Raindrop follows the others out of the clouds, gets soaked into the ground, comes flying through a hose, back into the soil, quenching a stalk of corn,  and then back again, he discovers just how important he is.

This is a well-written, beautifully illustrated book. The Raindrop’s face displays so much emotion, that even if readers are too young to fully understand the message, they will know what the Raindrop is experiencing.

With The Raindrop, readers are treated to an enjoyable story along with a touch of science and a great message. Through lyrical prose the author shares the Raindrop’s journey and all he learns along the way. While at times the message can be a bit stronger than I like to see in a children’s book, I understand that the author is seeking to empower children to reach their full potential and to make a difference.

Congratulations go out to J. Aday Kennedy, winner of a copy of The Raindrop by Brian McClure. I’ll be contacting J. Aday by email in a few moments. She’ll have until Friday, May 7th to respond before I choose another winner. 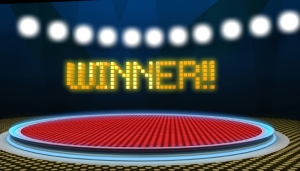 Through the uplifting rhymes and profound messages of acceptance, respect and understanding, author Brian D. McClure educates and entertains children, parents and grandparents in the adventurous journey of The Raindrop. In this story, The Raindrop experiences many emotions as it travels from feelings of uselessness to the discovery of its importance and Interdependence of all things big and small.

The Raindrop, like the other seven books in The Brian D. McClure Children’s book series, offer universal life lessons that empower and educate the whole family.

I am just a raindrop; I am smaller than small.
What am I doing here? I have no use at all…

“What are you talking about?” asked the Cloud, “You are part of the water system, and you should be proud.”

“No,” said the Raindrop, “I am sure you are wrong. I am good for nothing, and soon I’ll be gone.”

“I know your problem,” the Cloud said in reply. “I can do nothing to help you, I can only stand by. However, before you go, there is something I would like you to know. Without you, there would be no life on earth. I urge you to rethink, the state of your worth!”

Read What Reviewers are Saying!

“I enjoyed speaking with Brian on “A Call to Consciousness.” The questions he asked gave me the space to share my message with his loyal legion of listeners.” –Dan Millman, International Bestselling Author “The Peaceful Warrior”

“I Support The Universal Flag From The Core of My Being.” –Dr. Wayne Dyer

“We can all benefit from being a part of Brian McClure’s “A Call To Consciousness” radio program.” – Adrian Windsor, Program Coordinator for Inside Edge

Ohio born native Brian McClure is the Founder and President of The Universal Flag and its affiliate companies. He is an author, human

rights advocate and messenger of the oneness of all. Inside of the Universal Flag Companies, he set up a Non Profit Foundation to help relieve the suffering which he has witnessed in third world countries, along with spreading the Universal Flags throughout the World. The flag was recently paraded and flown at The United Nations as part of World Peace Day.

Brian has been interviewed on countless national radio shows and has been in a number of publications including CNN, CBS & NBC TV. He is the host the hit radio show, “A Call To Consciousness” – which is heard weekly on KTLK 1150AM in Los Angeles and KFNX 110AM in Phoenix Arizona.

He has spoken at many organizations, churches and institutions including The Agape Spiritual Center, The Inside Edge and The Onion based at the Unity Spiritual movement Center. Brian’s humanitarian efforts have extended worldwide. Recently Brian took it upon himself to visit and document impoverished communities in Sierra Leone which had just ended an 11 year war several years before, and Uganda. Upon his return he has been very proactive creating awareness about the real conditions which go largely unreported in the US.

Brian once stated: ”The power of a symbol cannot be underestimated. Politicians use symbols to gather and mobilize support. Corporations use logos to create effective, profitable brand loyalties. Now, the world has a new symbol, the Universal Flag is one that calls forth promise and potential for all. It defines our interconnectedness and oneness with ALL.” As Brian has said many times, “the Universal Flag Symbol acts as a signpost reminding us of our deepest truths. The symbol represents a world filled with infinite possibilities.”

Brian has developed an awareness of equality among all people and nationalities. His primary goal is to help people remember that inside each of us we hold the higher truths that are transforming our world.

Enter to Win a Copy of The Raindrop by Brian McClure!

Now that you’ve read how great this book is, don’t you want to own a copy for your child, grandchild or other special kid in your life?

Here’s how to enter:

1) Leave a comment here with a working email address so that we can contact you if you win.

3) Announce this contest on Facebook for two additional entries. Show us you did.

4) Blog about this contest for three additional entries. Make sure you leave us a link to where you blogged about it.

This contest will run from today until 11:59 PM (Eastern) on April 30th. We’ll announce a winner in early May.

Good luck to all who enter!