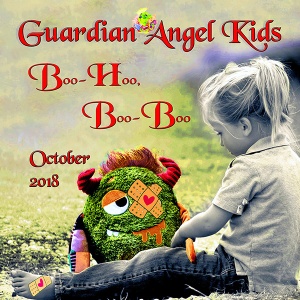 This month’s issue of GAK features the book Lola B. and the Skinned up Knee by Nancy E. Hughes. It also includes a poem by Stephanie Malley, short stories by Nancy Engler, Caroline Kiberd, Bonnie Kloster, and Pamela Love and the article “When I Child Gets Hurt” by Kelly Bakshi M.S. Ed. You’ll also find fun games, activities, and videos.

Check out the October 2018 issue of GAK at our website: www.guardian-angel-kids.com

Don’t think I ever announced that I completed STORYSTORM in January. By the end of the 31 days, I had 31 ideas to reconsider and figure out which ones I would work on this year. Some of the most promising are juvenile or cozy mysteries, a few new Beatrice and Charlotte adventures, and an Easter story.

Even though it’s early, I’ll use this time to review my writing goals.

Deadline on this was February 15, so I didn’t make it. Still a top priority on my list. Might be able to research a couple of agents this month.

GOAL 3: Blog twice a week on all four blogs

Not doing too badly on this. Until we went on vacation mid-February I was staying on top of this. I’m already set to blog at all four blogs this week.

GOAL 4: Guest blog at least once a quarter

I need to get this in soon. I guest blogged in December 2017, but not so far this year.

I’m considering a contribution to the August, September, October or December issues.

GOAL 6: Finish Amelia’s Mission and get it ready for submission

I’m into the middle of Chapter 18 now. I’ve been using writing group time to move the story along. In addition, while we were away, I wrote an emotional scene that will change Amelia’s life.

Here’s looking forward to the next quarter of 2018 and what I can accomplish. Feel free to share some of your goals with us. We would love to hear them.

Since 2010, Guardian Angel Publishing has been bringing kids, their parents and teachers a free online magazine called, Guardian Angel Kids. Each issue has a special book feature, poetry, short stories and/or articles, and links to fun games, activities and videos. Angels are the focus of this month’s issue. I hope you’ll stop by and read it at www.guardian-angel-kids.com. You’ll also be able to access the archives in case you’ve missed past issues. 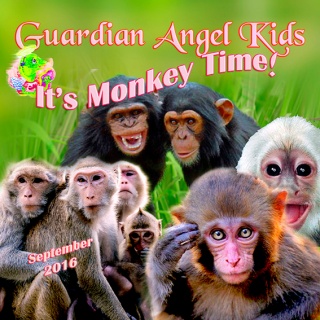 This month’s issue of Guardian Angel Kids is dedicated to monkeys. You can check out our current and past issues by visiting http://guardian-angel-kids.com

Check out this month’s edition of Guardian Angel Kids, a free online magazine designed for the healthy and safe entertainment for 2-12 year old children, featuring games, stories and activities from our Guardian Angel books and characters.

This month’s theme is “Inspiring Stories about Pets with Disabilities.” With special features, poems, short stories, articles, and links to games and activities, you and your kids won’t want to miss this issue.