Growing up in 1980s Niagara Falls – a seedy but magical, slightly haunted place – Jake Baker spends most of his time with his uncle Calvin, a kind but eccentric enthusiast of occult artifacts and conspiracy theories. The summer Jake turns twelve, he befriends a pair of siblings new to town, and so Calvin decides to initiate them all into the “Saturday Night Ghost Club.” But as the summer goes on, what begins as a seemingly light-hearted project may ultimately uncover more than any of its members had imagined. With the alternating warmth and sadness of the best coming-of-age stories, The Saturday Night Ghost Club is a note-perfect novel that poignantly examines the haunting mutability of memory and storytelling, as well as the experiences that form the people we become, and establishes Craig Davidson as a remarkable literary talent. 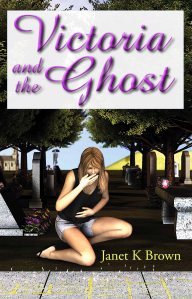 At fifteen, Victoria, a city girl, loses her mother’s love and tries to cope with country isolation, no friends, and no one who cares, until she meets a ghost. A book for readers ages 15 – 18. 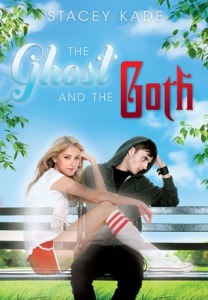 Alona Dare–Senior in high school, co-captain of the cheerleading squad, Homecoming Queen three years in a row, voted most likely to marry a movie star… and newly dead.

I’m the girl you hated in high school. Is it my fault I was born with it all-good looks, silky blond hair, a hot body, and a keen sense of what everyone else should not be wearing? But my life isn’t perfect, especially since I died. Run over by a bus of band geeks—is there anything more humiliating? As it turns out, yes—watching your boyfriend and friends move on with life, only days after your funeral. And you wouldn’t believe what they’re saying about me now that they think I can’t hear them. To top it off, I’m starting to disappear, flickering in and out of existence. I don’t know where I go when I’m gone, but it’s not good. Where is that freaking white light already?

Will Killian–Senior in high school, outcast, dubbed “Will Kill” by the popular crowd for the unearthly aura around him, voted most likely to rob a bank…and a ghost-talker.

I can see, hear, and touch the dead. Unfortunately, they can also see, hear and touch me. Yeah, because surviving high school isn’t hard enough already. I’ve done my best to hide my “gift.” After all, my dad, who shared my ability, killed himself because of it when I was fifteen. But lately, pretending to be normal has gotten a lot harder. A new ghost—an anonymous, seething cloud of negative energy with the capacity to throw me around—is pursuing me with a vengeance. My mom, who knows nothing about what I can do, is worrying about the increase in odd incidents, my shrink is tossing around terms like “temporary confinement for psychiatric evaluation,” and my principal, who thinks I’m a disruption and a faker, is searching for every way possible to get rid of me. How many weeks until graduation?

Fifteen-year-old Izzy Brannick was trained to fight monsters. For centuries, her family has hunted magical creatures. But when Izzy’s older sister vanishes without a trace while on a job, Izzy’s mom decides they need to take a break.

Izzy and her mom move to a new town, but they soon discover it’s not as normal as it appears. A series of hauntings has been plaguing the local high school, and Izzy is determined to prove her worth and investigate. But assuming the guise of an average teenager is easier said than done. For a tough girl who’s always been on her own, it’s strange to suddenly make friends and maybe even have a crush.

Can Izzy trust her new friends to help find the secret behind the hauntings before more people get hurt?

He’s okay with that. It’s been five years since he died, and the place where souls go is actually pretty nice. Sure, there are some things about his life and how it ended he can’t quite recall, but that’s how it’s supposed to be. Remembering could prevent Denis from moving on to whatever’s next.

However, something is standing in his way. His twin brother Matt can’t let go of him, and as long as the living are holding on to his memory, Denis can’t rest in peace.

To uncover the truth about what happened that day five years before, Denis returns to his hometown and teams up with Matt. But visiting for too long has painful consequences for Denis, and Matt’s renewed interest in his brother’s passing is driving a wedge between his still-grieving parents.

Can the two boys solve the mystery of Denis’s death without breaking apart the family he’s left behind?

Welcome back to the irresistible world of Greenglass House where thirteen-year-old Milo is, once again, spending the winter holidays stuck in a house full of strange guests who are not what they seem. There are fresh clues to uncover as friends old and new join in his search for a mysterious map and a famous smuggler’s lost haul.   This exciting sequel to a beloved book that was praised in a starred review as “an enchanting, empowering read” is sure to thrill both fans and newcomers. Like its predecessor, it’s a smart, suspenseful tale that offers ghosts, friendships, and a cast of unforgettable characters, all wrapped up in a cozy mystery.

A perfect, not too spooky, ghost adventure that kids will enjoy is the latest novel from award-winning author Beverly Stowe McClure.

Erik Burns is stuck in South Carolina with his mother and Aunt Molly after he finds a black lace bra in the glove compartment of his dad’s car. Whoops! Kept away from all his friends and the sport he loved to play in Texas, Erik is willing to do whatever it takes to get back home.

When Starry and Stormy Knight, a set of weird twins that live down the block, try to convince Erik that people have seen a light radiating from the deactivated lighthouse and a ghostly pirate ship prowling the harbor, he wants nothing to do with it. But when he witnesses these occurrences, he can’t deny the proof before him. That’s when he hatches a plan to help the ghosts rest in peace in exchange for a personalized haunting that will send his mother rushing back home to Texas so Erick can get his life back.

Beverly and I are in the same critique group, so I had the pleasure of watching this story unfold before it was published. Talented in the areas of contemporary and historical fiction, I am always amazed by how diverse her ideas are while staying true to her fan base. A Pirate, a Blockade Runner, and a Cat should be another big winner for her. Why? Because in a nutshell, no matter what Beverly is writing, she knows what relates well to her readers.

In this story, Erik has been uprooted. Not only is he away from all his friends and baseball, he’s pretty ticked his dad hasn’t tried to contact him since the move. Those emotions work their way into the unfolding stories of Major Stede Bonnet, Blackbeard, and the ghost residing in the deactivated Morris Island Lighthouse. Not only that, Erik’s mom is trying to get him to befriend a couple of odd twins, when all he wants is to be reunited with his friends in Texas.

This paranormal middle grade/tween novel has a lot to offer. A great read any time of the year, it will definitely get you in the mood for Halloween.

I received a free digital copy of this book from the author. This review contains my honest opinions, which I have not been compensated for in any way.