Chronicle Books is running an e-book sale through December 31. You can pick up new releases, bestsellers and more! Check out this holiday title for kids.

When the elves discover that Santa’s sleigh is in a terrible state, they let their imaginations go wild—and soon there are sleighs of every kind, inspired by big rigs, motorcycles, zeppelins, and much more! The #1 New York Times bestselling author of Goodnight, Goodnight, Construction Site and the celebrated illustrator of Michael Chabon’s The Astonishing Secret of Awesome Man team up for spirited vehicular silliness and classic Christmas cheer in this turbo-charged read-aloud destined to become a classic. Plus, this is the fixed format version, which looks almost identical to the print edition.

If you’re looking for some spooky rhyming fun, then Monster School by Kate Coombs will fit the bill.

In this kooky and zany book, young readers will find rhymes about a student who loses things–like body parts, a unique family tree, a boy who avoids his homework, a girl who you would be wise not to cross, and more monsters with all kinds of antics. These delightful lyrics will entertain any youngster who enjoys monsters. Accompanied by spectacular artwork from Lee Gatlin, Monster School is sure to be a favorite for Halloween and other times of the year when you want a laugh. Reminiscent of Shel Silverstein, this book will get lots of reading time.

I received a free copy of this book from the publisher. This review contains my honest opinions, which I have not been compensated for in any way. 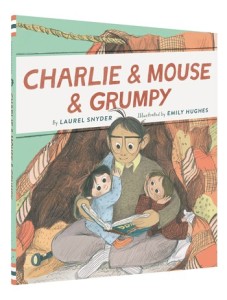 In this heartwarming sequel to Laurel Snyder’s beginning chapter book Charlie & Mouse, the two brothers enjoy a special visit from their grandpa, Grumpy. Follow along as they discuss being medium, pounce each other, sing the wrong songs, build blanket forts, and more. Paired with effervescent illustrations by Emily Hughes, this touching, funny celebration of imagination and bonding will enchant readers young and old.

Check out the e-books on sale through August 31 at Chronicle Books! 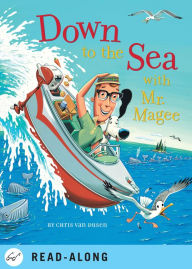 With enough lunch for three, Mr. Magee and his dog Dee head out to the sea. But what begins as a fun day in the sun turns a bit bumpy when one playful whale decides to say hello. Soon the crew that once was floating finds themselves flying! How will they get down? Who will come to their rescue? And when will they ever get to eat lunch? Down to the Sea with Mr. Magee is a great read-aloud, sure to provide fits of giggles. Plus, this version includes audio and a read-along setting. 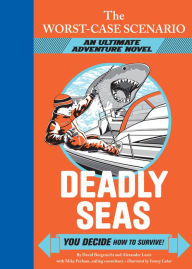 Join one of the youngest crews ever to sail around the world in this fourth installment of the Worst-Case Scenario Ultimate Adventure Novel series! Faced with fearsome dangers and difficult decisions, your choices will determine your fate on the deadly seas. Will you survive tropical storms, high winds, navigation crises, and sharks? Or will you be forced to return home early? Only the reader can decide how to survive. There are 24 endings to this adventure, but just ONE will lead to the ultimate success! With eye-catching comic book style illustrations and real-life facts about survival on the high seas, young readers can choose how to survive and jump to the next section in this interactive ebook. 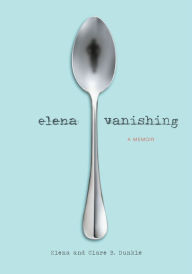 Seventeen-year-old Elena is vanishing. Every day means renewed determination, so every day means fewer calories. This is the story of a girl whose armor against anxiety becomes artillery against herself as she battles on both sides of a lose-lose war in a struggle with anorexia. Told entirely from Elena’s perspective over a five-year period and cowritten with her mother, award-winning author Clare B. Dunkle, Elena’s memoir is a fascinating and intimate look at a deadly disease, and a must read for anyone who knows someone suffering from an eating disorder.

For these and more e-books on sale visit http://ebooks.chroniclebooks.com/ 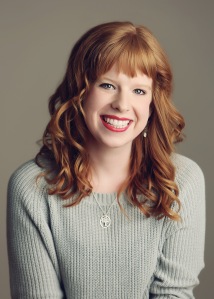 I was a huge bookworm as a kid, and that love for stories grew, as it so often does, into a desire to tell my own. When I was twelve, I began my first project: an epic high fantasy complete with hand-drawn map. I called my fantasy land Marladia, which I now realize sounds a little too much like marmalade. I only made it four chapters in before abandoning that very ambitious project, but ever since then I’ve been an avid writer.

Why did you decide to write stories for children?

I’ve wanted to write for children for as long as I’ve wanted to write, period. Growing up, I was deeply impacted by children’s literature. Books like Matilda, Bridge to Terebithia, and Charlotte’s Web—just to name a very few—influenced the way I perceived life, death, and myself. I wanted to write stories that gave young readers the same sense of understanding, hope, and camaraderie I took away from my own favorite books.

Do you believe it is harder to write books for a younger audience?

Well, my only experience writing for “adults” was my short fiction creative thesis in college, so I’m not sure I’m very qualified to comment. I will say I’ve found it much harder to write my Middle Grade books than my Young Adult books. Which isn’t to say one process is more enjoyable than the other! It’s just that so far my YA projects have flowed much more easily and quickly. Does that mean it’s harder to write books for a younger audience? Maybe… But I think it’s always worth the effort!

What is your favorite part of writing for young people?

Hearing back from young readers and their teachers. I was lucky enough to attend the NCTE Annual Convention last year, where I met some of the most gracious, compassionate, fascinating people. English teachers ROCK, and it’s such a thrill to send a signed book back to the classroom. And I could talk to young readers all day long. Last holiday season, I had a conversation with my cousin, who is in his teens and has long professed his hatred of reading. He was raving about Looking For Alaska and several other YA books he’d recently discovered. “It’s weird,” he told me. “I like reading books now.” I didn’t tackle hug him, because he’s too cool for that, but I was bursting with happiness after that talk. That’s why I write. For readers like my cousin, who just needed to find a book that spoke to him, a protagonist he could relate to, and a plot he could get behind. One book can change everything.

The Water and the Wild is the story of a girl named Lottie Fiske, whose best friend Eliot is dying of a mysterious illness. In an attempt to find a cure, Lottie travels through a magical apple tree’s roots into a parallel world called Albion Isle. On her journey, she’s joined by a poetry-spouting boy with untouchable hands, a girl who can hear for miles in every direction, and a royal heir who can taste emotions. As Lottie and her companions make their way to the Southerly Court, where the one healer who can save Eliot is being held captive, they encounter many obstacles, including the sinister wolf-like Barghest, oblivion-filled swamps, and giant spider webs. It’s a story filled with poetry, adventure, friendship, and MAGICAL BIRDS.

In the summer of 2008, the image of a white finch in a green apple tree lodged itself soundly into my brain. I wrote down a description of that image, which would eventually become some of the first pages of The Water and the Wild. Then I wrote an outline of the story, which drew some of its inspiration from my love of fantasy, Shakespeare, English Romantic poets, and folklore from the British Isles.

Right now, I’m working on four projects. The first is a sequel to The Water and the Wild, which is slated for a Fall 2016 release. The second is my YA contemporary debut, Lucky Few (Simon & Schuster 2016), about a homeschooled girl and her neighbor, a boy struggling with death anxiety. The third is a standalone MG called The House in Poplar Wood (Chronicle, 2017). And the fourth is a Super Top Secret project that’s still under wraps.

Thank you so much for having me on your blog! Keep on keeping on, and live long and prosper.