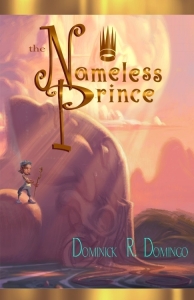 Seth Bauman has issues. His Mom split ten years ago, right after his birth, and guardian Uncle Troy won’t discuss the past. Seth’s only friend is Mexican immigrant Elena, whom he must walk home from school through Silverlake’s gang-ravaged streets. When Elena is abducted by a local gang ‘the Mayans,’ Seth has no choice but to follow the Boatman of the L.A. River into the sprawling network of sewers and metro tunnels concealing Mayan headquarters. To Seth the great labyrinth unfolds as a magical realm called ‘the Interior,’ whose residents immediately deem him the ‘Nameless Prince’ of prophecy, sent to save them from peril.

To find Elena, Seth embarks on an odyssey of riddles and self-discovery. Only in ‘Interia’ is it safe to discover the truth about his past, and the forgiveness that will set him free. In rescuing Elena he rescues his own innocence. In fulfilling prophecy by learning his name, Seth discovers the greatness that lies within.

Creating the World of Interia and Those Who Live There by Dominick R. Domingo

No doubt about it- I’ve grown to love Seth and Elena and all the other fanciful creatures from The Nameless Prince. I love them as if they were my own children. And the mystical realm of ‘Interia-‘ it’s as real as my own neighborhood of SilverLake. I find myself longing to return time and again to visit (and with several rounds of edits and the scrutinizing of print proofs for errors, you can bet there have been plenty of ‘visits’ of late!) Both the characters and the world they inhabit became real to me over time- more dimensional, more authentic. Simply put, they evolved. I like to know my characters so well I know what any two would say to one another if stuck in a room together- even if they never meet in the storyline. Some of my favorite dialogue has come out in the aforementioned exercise, in scenes that will never appear in print!

Developing the characters and the setting was very organic- informed every step of the way by synchronicity. Though my concept was well-founded in inspiration, and I took the time to mold the initial gut-level expression of it in to an airtight outline, I remained open during the execution process. Open to what the Universe threw in my path daily. Open to incorporating ‘happy accidents.’ Open to the cathartic function of putting pen to paper, which inevitably infuses new meaning and subtext at every turn.

Often when fleshing out a scene, I know the ostensible goal- how it functions in the story arc. I know the overarching themes of the novel itself. But sub-themes slyly weave themselves into the narrative based on what’s on my mind that week or what I’ve been going through, adding resonance. In this way, every work by a given author can be seen as a snapshot of his or her world views and emotional imprint at the time it is written. Many authors are taught to resist sentimentality or subjective attachment, striving for objectivity. We try to avoid a moralistic or ‘preachy’ tone. But in the end, even when speaking about what we believe to be objective and universal, all we can really draw upon is our own experience on the planet- our own metaphysical values.

The most clear-cut example of this infusion in the writing of the ‘Nameless Prince’ occurred while I was writing the montage of Seth visiting the prophets. I believed I was speaking about a certain set of concerns, but only later realized the cathartic function, and what I was actually working through in my own life. I knew consciously that Seth’s journey of self-discovery was to be an Odyssey of Riddles. ‘It is the way of the Universe,’ according to Constantine. I knew that each piece of the puzzle would come from a different prophet, all of whom were scattered about the Interior. I even knew I wanted each prophet to be a creative of some kind, suggesting that the creative process is divine, and that perhaps that our prophets in this life may be those we least expect. What I didn’t know- couldn’t know- was that while writing each prophet would come to represent a voice inside of me on my own creative journey. Each prophet came off my pen paralyzed in some way by futility. The writer, a troll, has writer’s block. The mathematician has been stuck on a calculation for as long as he can remember. The aging performers are obsolete, passé.’ Each is freed from his or her predicament only once they provide Seth the clue that he came for, which will contribute to saving the Interior from peril. Only later did I recognize that each prophet’s dilemma reflected my own sense of purposelessness in the moment. I learned along with Seth that the circuit is complete only once we’ve given something. I have come to believe passionately that there should be a final step added to the seven accepted models of creativity that is as yet unacknowledged sharing the work.

The impetus for creating the Interior was my own discovery of a homeless camp on a series of islands in the L.A. Flood Channel. I’d taken the time one day to wander off the beaten path to explore, and found myself in an absurd little oasis surrounded by graffiti and barbed wire. The dwelling before me was magical- like Tom Sawyer’s island- all corrugated tin and mismatched artifacts. I imagined it was home to the gatekeeper of a magical realm. I’d long wanted to write a ‘through the rabbit hole’ story- one in which the protagonist meets a sage in an unlikely place. As a child I’d been captivated by the Narnia Chronicles, The Reluctant Dragon, Bridge to Terabithia, The Indian In the Cupboard, and countless others on that template. The juxtaposition I’d stumbled onto- urban grittiness and the magical realm it disguised, seemed to foot the bill. But here’s what sealed the deal: I went back some time later ( probably the next time I had an afternoon to be ‘idle,’ ) and I could not find the island. It had up and disappeared. I was struck by the idea of an alternate realm that could appear or disappear at will, and The Nameless Prince was born.

Later, in an intuitive writing moment, I referenced a portrait of the main character’s birth mother, with a tear suspended in the corner of her eye. I did not analyze its meaning but knew I needed to keep bringing the image back. It reappeared many times, and I discovered along with Seth (without giving too much away) that it was an image he had glimpsed and stored away in his subconscious, in the form of a mural hidden in the graffiti of the L.A.Wash.It became a central image in the novel. When writing the conclusion of the novel, I took another walk in the L.A.wash for reference, and inspiration. I needed to describe the flora and fauna after a storm, and wanted authentic details. I stumbled quite by accident upon the very image that had appeared in the novel- the mural of a woman with a tear suspended in the corner of her eye!

Every resident of the Interior took an a life of its own this way. Many play a role in the ‘Hero’s journey,’ and pay homage to existing traditions. The Gatekeeper, the Minotaur, the troll high on a mountaintop. They’re all true to their archetype, but with a twist: the Gatekeeper here controls what passes to and from the Interior. Seth’s court-ordered therapist explains in the end that his psyche created a fantasy realm as a safe place to reveal some harsh truths that would set him free. According to this premise, the Gatekeeper Constantine can be seen to regulate the flow of information between the conscious and subconscious minds. This is only one way to look at it, of course. J

Another peculiarity of the Gatekeeper in The Nameless Prince is his inscrutable, evasive nature. He represents duality. Seth experiences this duplicity as betrayal, a necessary milestone in his journey. In a way, Seth’s Odyssey in the Interior is very much a parable for overcoming the rage of disillusionment, and returning to innocence.

Many other residents of the Interior created themselves. Interia became a mirror version of Seth’s normal life- one in which a thing’s appearance ‘is secondary to its essence,’ according to Constantine. ‘A place to reconcile the lie of words.’ For this reason, whatever dares to pass through the portal transmutes in appearance. The pollywogs Seth and Elena spent hours naming are now enormous behemoths, the frogs they raced on the concrete riverbed are now great, amphibious dragons. On the Interior readers will recognize fragmented elements from Seth’s world- the creations in his sketchbook come to life, neighborhood fixtures, his very own guardian Uncle Troy in different form. Local gang the Mayans, who have waged war onSilverLake’s growing homeless population, become the Dark Forces that threaten all of life on the Interior. 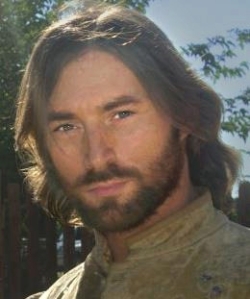 I am fascinated by the creative process. Don’t get me wrong, I don’t mistake my own writing for brain surgery or rocket science in importance. But I am passionate about the role of art and literature, storytelling, in society. I believe it enforces change, on both a micro and macro level- in the world at large, and one heart at a time. By no means do I feel I am a master at any one craft- but I am addicted to the pursuit! And I can take credit for none of the alchemy I’ve described above- much of it is the result of putting pen to paper. It is the nature of the creative process, which we can all indulge in!!

Dominick Domingo is a veteran Animation Artist (Lion King, Pocahontas, Hunchback, Tarzan, Fantasia.) who’s illustrated YA books for Penguin, Random House, Lowell House, Disney Publishing, Hyperion Books, and Harcourt. Developing original screenplays as a filmmaker led to a growing writing resume. To capitalize on it, Dominick recently penned a collection of Narrative Nonfiction essays titled “Jesus Shoes,” two of which have been included in anthologies. One of the essays, ‘L’Epiphanie,’ was awarded the 2011 Solas award in the humor category for ‘Best Travel Writing.’ The Nameless Prince represents Dominick’s foray into Young Adult urban fantasy. He’d be happy to retire as a full-time author. He lives in the Silver Lake neighborhood of L.A., surrounded by hipsters.