Celebrate the 50th anniversary of the first African American child to integrate a New Orleans school with this paperback reissue!

The year is 1960, and six-year-old Ruby Bridges and her family have recently moved from Mississippi to New Orleans in search of a better life. When a judge orders Ruby to attend first grade at William Frantz Elementary, an all-white school, Ruby must face angry mobs of parents who refuse to send their children to school with her. Told with Robert Coles’ powerful narrative and dramatically illustrated by George Ford, Ruby’s story of courage, faith, and hope is now available in this special 50th anniversary edition with an updated afterword!

What do all these people have in common: the first man to die in the American Revolution, a onetime chief of the Crow Nation, the inventors of peanut butter
and the portable X-ray machine, and the first person to make a wooden clock in this country? They were all great African Americans. For parents and teachers
interested in fostering cultural awareness among children of all races, this book includes more than 70 hands-on activities, songs, and games that teach kids

about the people, experiences, and events that shaped African American history. This expanded edition contains new material throughout, including additional information and biographies. Children will have fun designing an African mask, making a medallion like those worn by early abolitionists, playing the rhyming game “Juba,” inventing Brer Rabbit riddles, and creating a unity cup for Kwanzaa. Along the way they will learn about inspiring African American artists, inventors, and heroes like Harriet Tubman, Benjamin Banneker, Rosa Parks, Langston Hughes, and Louis Armstrong, to name a few. 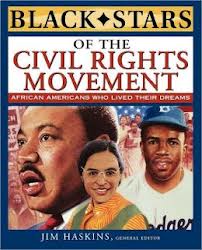 In the fall of 1955, twelve-year-old Dawn Rae Johnson’s life turns upside down. After the Supreme Court ruling in Brown v. Board of Education, Dawnie learns she will be attending a previously all-white school. She’s the only one of her friends to go to this new school and to leave the comfort of all that is familiar to face great uncertainty in the school year ahead.

However, not everyone supports integration and much of the town is outraged at the decision. Dawnie must endure the harsh realities of racism firsthand, while continuing to work hard to get a good education and prove she deserves the opportunity. But the backlash against Dawnie’s attendance of an all-white school is more than she’s prepared for. When her father loses his job as a result, and her little brother is constantly bullied, Dawnie has to wonder if it’s worth it. In time, Dawnie learns that the true meaning of justice comes from remaining faithful to the integrity within oneself. 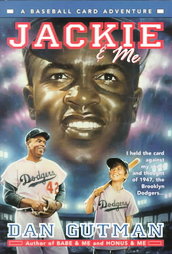 Like every other kid in his class, Joe Stoshack has to write a report on an African American who’s made an important contribution to society. Unlike every other kid in his class, Joe has a special talent: with the help of old baseball cards, he can travel through time. So for his report, Joe decides to go back to meet one of the greatest baseball players ever, Jackie Robinson, to find out what it was like to be the man who broke baseball’s color barrier. Joe plans on writing a prize-winning report. But he doesn’t plan on a trip that will for a short time change the color of his skin–and forever change his view of history and his definition of courage.